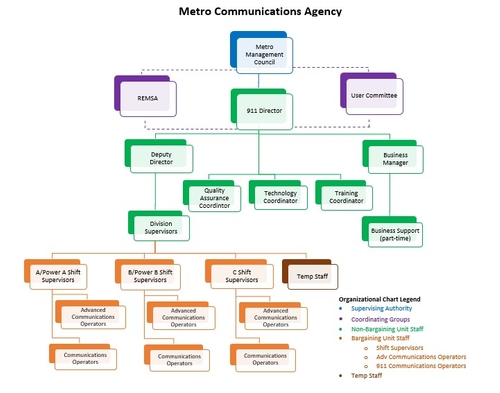 The Agency is governed by the Metro Management Council (MMC) which consists of 5 members: the Mayor of Sioux Falls, two members of the Sioux Falls City Council appointed by the Mayor, and two members of the Minnehaha County Board of Commissioners appointed by the Commission Chair.  The MMC has the broad discretion to oversee and control the operations of the Agency, including final authority to appoint the Agency Director.

The Director is responsible for the overall operation, planning, development, and administration of the Agency.